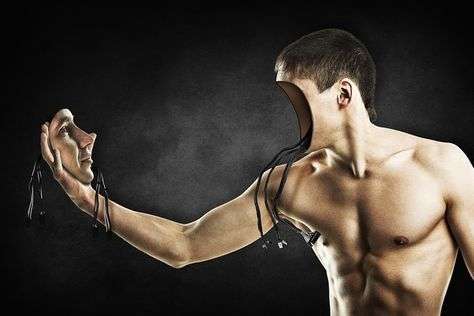 Numerous abusive spouses or partners may be described as narcissistic in the context of intimate partner violence. Grandiose or malignant narcissism are two examples of overt narcissism that are simple to identify. However, covert narcissists behave very differently, making them harder to spot. As their abuse sometimes appears as love to their romantic partners. In this circumstance, getting assistance may be difficult.

Therefore, it is quite important to spot the abusive romantic behaviors of covert narcissists. If you are also suffering from these behaviors, keep reading as we are going to discuss 3 Weird things covert narcissists do to present their abuse as love. It will help you to identify abusive behaviors before everything gets out of control.

They depict genuine love and affection

Genuine love and affection are also included in the list of weird things covert narcissists do to present their abuse as love.

When first starting on a date, narcissists may exhibit passion. However, that kind of fervor “is always focused on their own projects, aspirations, and fantasies. It is a love of us rather than of someone else. Such partnerships boost a narcissist’s self-esteem and ego by offering positive attention and sexual gratification. Most narcissists view relationships as business dealings. Their goal is to experience an uncommitted pleasure. The objective of the game they are playing is to win. Covert narcissists are vivacious and engaging and have emotional intelligence, which enables them to recognize, articulate, comprehend, and control emotions. They can use this to manipulate others and acquire their affection and respect.

Covert narcissists boast about having admiration, love, and satisfaction. They can also make an excellent first impression because of their outstanding social abilities. They can exhibit intense interest in potential romantic partners and entice them with gifts, displays of affection, flattery, sex, romance, and commitment vows.

Don Juan and Mata Hari-type amorous narcissists are skilled and persuasive lovers who may have numerous conquests yet are still unmarried. Some narcissists use lying to overwhelm their victims with verbal, physical, and material displays of affection.

Thus, a narcissist can love you because they believe they deserve it and love themselves. They might think more highly of themselves if they publicly parade with you. Narcissists love for totally different reasons than average people do.

To a narcissist, practicality could likewise serve as a substitute for love. This causes individuals to reflect on themselves internally rather than if they are in love with someone. They might inquire about someone’s status or income, whether they are a “catch,” and whether they are loved a lot by their friends and family. Other inside inquiries might have to do with receiving praise, feeling less bored, or requiring assistance in some way.

Some narcissists are evil, some are morally upright, and some have no morals at all. Because of this, narcissists have various perspectives on relationships and exhibit various behaviors as a result. However, because their love is dependent on their insatiable demands, all narcissists will struggle to find lasting love. Because their needs are unhealthy, you cannot meet them while remaining true to yourself.

The act of “love bombing” is included in the list of weird things covert narcissists do. It is a behavior that involves showering someone with expressions of respect and interest. To get an idea, think of complimentary remarks, objects of affection, or love notes left on surfaces like the mirror, kitchen table, or windshield. Flowers with your name written in hearts have been delivered to your place of employment. As their romantic zeal grows, SMS are sent more frequently. Its unexpected visits are planned to persuade you to spend more time with the bomber and, not surprisingly, less time with other people or alone yourself.

Particularly narcissists are renowned for their aptitude for deception as well as their propensity for self-absorption. They might present themselves as the ideal companion using flattery and attention as methods to win your trust, affection, and even adoration. Narcissists frequently discover from personal experience that relationships can self-destruct if partners discover their lies. A narcissist will attempt to make you part of their “supporting cast” once they have persuaded you of how great the two of you are together. Narcissists struggle to sustain equal, mutually gratifying relationships for these and other reasons.

What to do after you spotted them?

Anyone whose life is affected by weird things covert narcissists do should think about getting treatment from some good psychologist. These medical experts can evaluate the issue and make therapeutic recommendations.

Physical (such as beating, scratching, or kicking)

Emotional (such as gaslighting or guilt-tripping)

Verbal (such as insults, shouting, and threatening)

Financial (such as taking control of the partner’s money)

Sexual (such as rape) abuse.