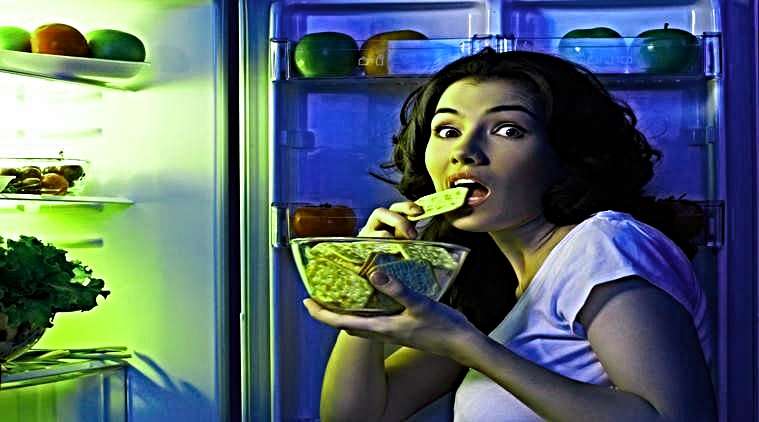 Night Eating Disorder : Why should you care?

Do you know 1.5 percent of the world’s population is suffering from a Night Eating Disorder? The ratio is equal in men and women. The incidence among teenagers and young adults is more than the older people.

Everybody talks about anorexia, binge eating, bulimia but what is this Night Eating Disorder?

Some of us might even suffer from it without knowing it. Or maybe you know someone who has this disorder. Therefore, you should learn more about it and educate others around you. It might help them put the disorder to bed.

Let’s talk about it in detail

What is Night Eating Syndrome?

It’s is a disorder where a person eats much more at night than during the day. They might wake up in the middle of the night to snack on meals which lowers their appetite for the next day. These people have a belief that they need food before they can go back to sleep. Night eating disorder is very closely related to insomnia.

We all love to eat and have snacks at night. It has become a trend to eat junk food after dinner. It does not necessarily mean that you have the disorder.
For NES, one must meet the following criteria,
• An urge to eat between dinner and sleep
• Recurrent episodes of waking up at night and eating before going back to sleep
• Lack of appetite the next day
• Person suffering from insomnia
• Consuming 25% of the daily calories after dinner
• Awareness of waking up in the middle of the night and being able to recall eating the next morning
Night Eating Syndrome is often confused with binge eating. The two are differentiated on the basis that binge eating is associated with episodes of eating with the struggle to stop eating at a point and the person is unaware of how long the episode lasted or how much food did they consume. On the other hand, a person who has Night Eating Syndrome is very well aware of their eating episode.

Now what kind of people are most likely to have Night Eating Syndrome?

As I mentioned earlier, it is equally common in men and women. But teens are more susceptible to develop the disorder.

Why is that? It is because Night Eating Syndrome is very much linked with insomnia that is caused by depression. People who get gloomy and sad during the nighttime, leading to depressive phases are more likely to have insomnia and thus an eating disorder. We are all aware that depression and insomnia are quite common among youngsters. Insomnia keeps them awake and they might develop the belief that food, being their comfort or happy pill, will help them go to sleep. This leads them to eat a lot at night. And obviously, it is going to disturb their circadian rhythm even more. They lose their appetite and eat less in the morning.

Some of the drugs might also be the reason why a person is eating more at night. This is because some medicines are known to affect a person’s appetite and satiety. Research has been done which showed that students who take drugs for ADHD are more likely to have Night Eating Syndrome.
Some researchers believe that smoking might also be a risk factor for NES.

How does Night Eating Syndrome affect a Person’s Life?

Night Eating has many impacts on a person’s health and life. Some of the major symptoms and signs which are seen are down below.

A person who eats a lot at night, goes to sleep right after without any healthy workout routine is ultimately going to be obese. This ultimately causes major health problems like high cholesterol levels, heart disease, hypertension and diabetes. The sedentary lifestyle along with eating at late hours is one of the leading causes of obesity. About 25% of the obese people are known to suffer from Night Eating Disorder.

A person who wakes up repeatedly at night is ought to feel tired and sleepy the next day. When we don’t get a good night’s sleep, it affects our activity and ability to perform. A person with NES is likely to feel anxious. He or she is unable to concentrate and behave appropriately. It also lowers their productivity.

Although, depression is one of the factors and major cause of insomnia and thus Night Eating Syndrome but it is also a symptom. A person with NES is likely to feel remorse and guilt about their eating episode. This leads to more stress and depression. The circadian rhythm is disturbed. The cycle of not eating the whole day, increased appetite at night, eating more after dinner, sleeping late, it continues. It becomes a vicious cycle that is not easy to break.

Body dysmorphia and concerns about body image are followed by self-hatred. This leads to further progression of the eating disorder. A person constantly worries and tries to find flaws in their body. It can cause inevitable disruption in a person’s mental health. This occurs in combination with the inability to stop the vicious cycle of night eating, associated with binge eating. The person basically becomes helpless. Until they reach out for professional help and support. All of the patient’s concerns should be put in light during the treatment of Night Eating Syndrome.

How to put Night Eating Disorder to an end

Being a psychological eating disorder, Night Eating Syndrome might need medication along with good therapy for its proper treatment.

Due to lack of much knowledge about the condition, there is no specific medicine to treat Night Eating Syndrome permanently but some have proven to be beneficial such as serotonin agonist.
Cognitive-behavioral therapy is most effective for the syndrome. The therapy must include health education, sleep cycle management, and knowledge about developing a healthy relationship with food. People who have Night Eating Syndrome are more likely to develop other eating disorders as well. It is important to awaken self-awareness in the patient, help them make a schedule and plan meals. Consistency is a must. Relapse is common so the patients should be monitored well by their health worker.

A proper follow-up of the patient is also necessary because the cycle can recur later. With proper social support and the right medication, the success rate for the treatment of Night Eating Syndrome has been significantly good.

One thought on “Night Eating Disorder : Why should you care?”