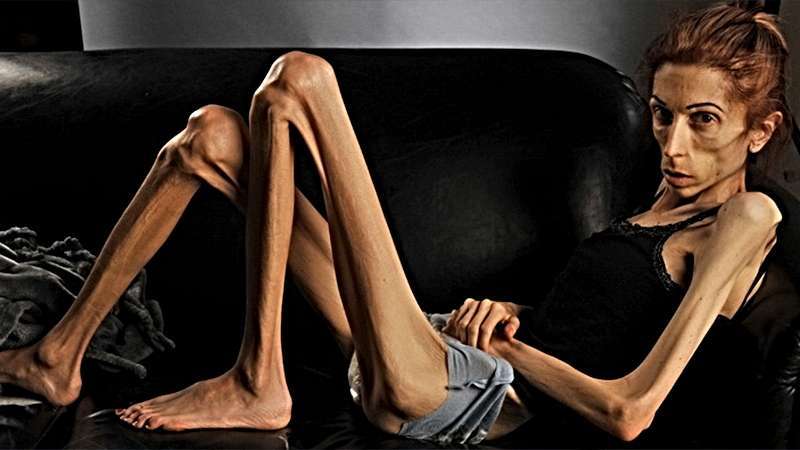 Anorexia : 3 reasons why Anorexia can kill a female

In the fast-paced world where glitz and glamour have taken over the media, the majority aspires to seek beauty standards. Be it from the flawless skin to the zero-size models on the cover of a magazine, the benchmark seems to be challenging day by day.

It comes as no surprise that around 40% of the models are victims of eating disorders in one form or the other. Anorexia being the leading disorder, is followed by bulimia.

Anorexic women suffer from an obsession with an unrealistic body image. Anorexia Nervosa is a disorder related to eating which involves remarkably low body weight, extreme fear of gaining weight, and misleading perception of weight.

People having anorexia are very conscious of controlling their body weight and shape. They do so much effort for it which disturbs their normal life. It is most common in females.

Anorexia is a serious disease and is life-threatening. The body of anorexic women does not get enough energy that is given by food, so with time the body working slows down and stops working in a normal way. Anorexia is a great shock to the body. The mental illnesses caused by anorexia lead to death. The longer the time with this disease there are more chances to die.

It damages most of the body’s organs. As it is really dangerous for most organs, it will lead to cell death and can kill anorexic women. Here are three reasons regarding how brutal it can be for an anorexic woman.

How can anorexia kill a female?

The first victim of anorexia is the bones. This disease starts in adolescence, the time when young people need a lot of bone mass. A lot of food and energy is required to get bone mass. Anorexic women can face nutritional and hormonal problems that lead to the loss of bone density.

When the bodyweight becomes so low, estrogen production is affected. The body stops producing estrogen which leads to a condition called amenorrhea which means the absence of periods. Low estrogen levels lead to low bone density in anorexic women.

Furthermore, anorexic women produce the adrenal hormone known as ‘cortisol’ in excess. This activity leads to bone loss. Other problems such as calcium deficiency, malnutrition, and increase and decrease level of growth hormone all lead to decreased bone mass.

Research has shown that low bone mass is common in anorexic females and it occurs during the early days of the disease. anorexic women especially girls are at an increased risk of osteoporosis and bone fracture throughout life.

Osteoporosis is known as the silent killer because it can cause hip fractures and it kills more women than breast cancer.

The second reason that can kill anorexic women is the failure of the heart.

The heart is the most affected organ in anorexia nervosa. Its muscles lose mass during this disease. The heart wall becomes thin and they loosen which enlarges the chambers. There comes a problem with the blood pumping and the pressure falls. Due to this less pressure, the sense organs like the kidneys and liver start to decline which can only be recovered with weight gain.

Anorexia also brings with it abnormal heart rhythms among anorexic women. Sometimes, the heart begins to beat slowly. This condition is bradycardia. This problem comes in people who have weak heart muscles. Normally, when the function slows down, and less blood is pumped with each beat then the heart increases the number of beats per minute to increase blood flow.

In anorexia, the energy in the heart is so less that the heart is unable to increase the beats for more flow. So blood pressure falls quickly and organs start to fail at a rapid pace.

Sometimes, the heart rhythms become fast. This can result in a dangerous loss of electrolytes like sodium, potassium, and magnesium. The heartbeats of anorexic women are dependent on these electrolytes. When the level of electrolytes fails then dangerous electrical patterns can develop in the lower chamber of the heart that can cause cardiac arrest.

Failure of Regulation of heart and Blood vessels

Anorexia can lead to Suicide

An eating disorder like anorexia can attack mental health severely. Anorexic women may consider taking their own lives. Studies have shown that 60% of people who have an eating disorder have thought of suicide in one way or another. Anorexic women also face depression, anxiety and schizophrenia, and other disorders. They also suffer from family issues, relationship issues, and social isolation. anorexic women who are thinking of attempting suicide behave in similar ways.

Some of the signs for suicide in anorexic women are:
They feel hopeless and depressed all the time. Symptoms also include isolation from society Moreover, anorexic women also develop behaviors to self-harm. They may include burning themselves and also cutting, swallowing things, poisoning, and other behavior that are a source of pain. Self-harm behaviors act as a distraction from deep psychological pain.

An anorexic woman who is self-harming may not have the intention of suicide, but they may harm themselves to such an extent that it causes their life to end.

So, is getting into the rat race of being thin worth it? We have examined how it comes at a cost of risking one’s own life. If your loved ones are suffering from anorexia then it is important to reach out to them, counsel them and be kind to them. They need empathy from people around them. It is important to anorexic women treated which will help them in the long run.

Start by consulting a doctor and convince the anorexic women patients to visit the doctor as soon as possible. Anorexia nervosa patients want attention, love, and care which will aid in their treatment.