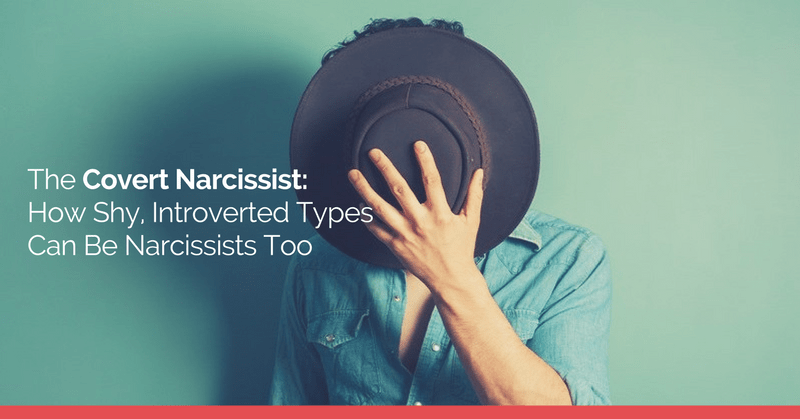 Covert Narcissist: 7 reasons it irritates you more than anything

Narcissistic Personality Disorder (NPD) is one of several types of disorders in which people have an inflated sense of self-importance and they want constant admiration. Narcissists lack any empathy and consideration for others. While everyone may show occasional narcissistic behavior, but true narcissists often appear to be arrogant and disregard other people’s feeling without realizing their behavior.

Here are some reasons covert narcissist irritates others.

Covert narcissists are mostly found in a state of self-doubt and uncertainty. Unlike other narcissists who are over confident, covert narcissist is someone who let other people make their decisions because of their low self-esteem and fear of taking wrong decisions. You’ll often hear things covert narcissists say are toxic because of constantly comparing themselves with their friends, colleagues, family members etc. This is the reason it is extremely difficult to keep friendship with them as they are in a constant search of approval. Also, they may be quick to compliment other’s successes but instead of being happy for others, they only feel bad for themselves.

Focus on things covert narcissists say as it clearly shows how much emotionally weak and sensitive they are. Any negative comment about them could sadden their whole mood. They might not show emotions, but deep down it may affect them badly. Similarly, one minor positive comment could brighten up their mood and day. They love to hear compliments about them and cannot handle any sort of criticism.

Imagine a person whose thoughts are so messed up that he always need others for reassurance. This person becomes highly stressed with time because of so many thoughts going in his mind. There are no or hardly any positive thought that crosses his mind, else his mind is constantly in a state of stress. Covert narcissists build up high stress level hormones, as a result they are always busy thinking what will happen next. Their stress may develop into anger and either they may explode or harm themselves.

The sense of inferiority in a covert narcissist leads them towards jealousy. They won’t be happy for whatever blessings they have and keep on comparing themselves with others. This habit makes them chronically envious of others. If they own a four-bedroom apartment and someone might have a five-bedroom apartment, they will be jealous of them. They can be jealous of all sorts of assets, such as wealth, house, clothes or physical attributes such as skin, height etc. If you have a covert narcissist around you, you’ll feel how they keep complaining about their things always and be ungrateful of what they have because things covert narcissists say portray jealousy. You should either keep distance from them as they can be envious of you or try counselling them by reminding good things that they own and others lack them.

If you ever happen to have conversations with a covert narcissists, you might know that things covert narcissists say shows how aimless they seem in life. A covert narcissist is so much involved into negative thinking and being jealous of others that it becomes difficult for them to focus on their aims. They are never joyful of their own successes and always admire other’s success. This is the reason they keep on bouncing from one platform to other without a particular aim. All the while, they never feel satisfied in their direction.

A narcissist, be in overt or covet narcissist are completely self-absorbed and they hardly care about others. They tend to achieve whatever they want no matter if they had to emotionally manipulate others with guilt, threats of violence or other forms or coercion, they will use others for their personal gain. Things covert narcissists say shows that they have zero empathy for others because they are never interested in walking a mile in another’s shoes.

With the constant mood fluctuations, habit of comparison and never feeling satisfied, the condition can result in despair and depression. Things covert narcissists say shows how they feel more depressed, anxious and attempt more suicide acts than other people with narcissism.

Your gatherings can surely have one or two narcissists, but it is not easy to find a covert narcissist. If you really feel triggered by someone’s habit of constant complaining, or anyone trying to belittle you, try to keep a distance from them for your own mental sake. They can be one of your fake friends and can envy you secretly. Also, reach out to them for help and try to guide them to look out for a psychological therapy.