Youth Table Talk > Featured - Psychological Issues > Nightmare Disorder and Why it is different from Vivid Dreams? 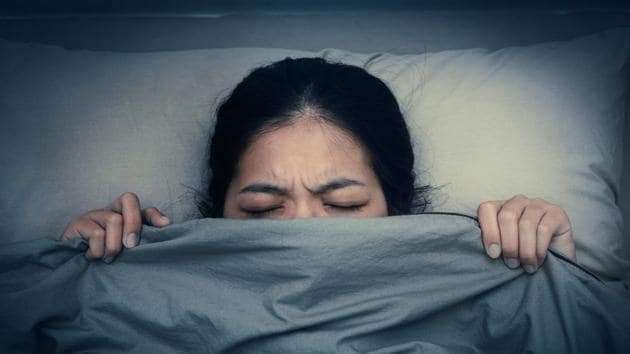 Nightmare Disorder and Why it is different from Vivid Dreams?

As a teenager I often thought my experience of having intense and horrifying vivid dreams every other day was quite normal. To my surprise I found out that this is not the usual case for most and upon discussing with my counselor, I was diagnosed with a nightmare disorder. As a young teen with limited exposure I had no information regarding the subject that caused me utter distress both emotionally and physically. When I thought I was suffering alone, I found people who had similar experiences as me while remaining totally negligent about the term.

What is a Nightmare Disorder?

Nightmare disorder is a serious issue that needs to be addressed at all levels as negligence in this regard is causing a lot of people like me to suffer alone and constrain us from reaching out for help. This article seeks to shed light upon the basic diagnosis of a nightmare disorder that would help you distinguish it from an intense vivid dream.

What are Nightmares and Vivid dreams?

Dreams or more specifically vivid dreams are a series of experiences, emotions, ideas, and images that occur automatically in the mind of a person during various phases of sleep. Dreams happen during the rapid eye movement (REM) period of sleep, when brain activity is at its peak and most closely resembles that of being awake.

Snoring is most common during the profound rest stages of REM sleep. Dreams occur exclusively at the end of each cycle’s REM period, contrary to popular belief. These characteristics arise throughout various stages of sleep, indicating that you don’t snore when you sleep.

Most people don’t remember or have only a rough idea of what they dreamed about, but sometimes these dreams are so vivid that they persist.

Reasons for your nightmare disorder

Some vivid dreams are so fantastically unbelievable that you may be baffled as to how your brain dreamt up such bizarre circumstances. However, some vivid dreams, referred to as nightmares, can be highly disturbing and interfere with one’s sleep quality. While the reasons for such a condition vary from person to person, a few key reasons have been listed below that are often identified among such people. The following can be a few reasons why you might be experiencing such dreams that often:

Whenever a deadline comes up. Real close or when a tense situation arises such as exams, an important operation,  job interview etc., you may feel that you are frequently experiencing nightmares. Similarly a traumatic experience linked with anxiety can result in an increase in nightmares intensity and duration.

The death of a closed one such as spouse or a horrifying experience like harassment or assault can leave severe traces at the back of your mind. Since dreams are representative of our everyday lives and often categorized as our repressed memories,  the trauma that you have suffered gets translated to a dream. In such nightmares you may find elements of the actual incident that would make them seem more close to reality.

Popular research has shown a link between mental health disorders such as clinically diagnosed depression with an increase in nightmares. Some people with heart diseases also report a higher number of nightmares than normal. So if you or anyone from your family has a history of depression, this might be the ultimate cause of your disorder. It is crucial to note there that seeking medical attention in such cases is extremely vital as ignoring the condition can worsen the situation by mentally draining the individual

If you or your family has recently shifted to a new house or if you have recently developed a habit of staying up late at night catching up with the missing episodes of your favorite series, you might be hindering with your vivid dreams. An alteration in the sleep schedule can induce nightmares as reported by several sources. Similarly if you have insomnia or are just facing something that is continuously interrupting your sleep, then you have a greater chance of experiencing nightmares. This form is relatively easier to treat as a flexible and healthy sleep schedule can generate lively dreams.

Interest in scary movies or novels

As a child you surely would have gotten frightened after watching a haunted movie or finishing a novel and often find it hard to fall asleep with visions in sight. These hypothetical visions get transformed into your nightmares. A fond of watching such movies can result in experiencing vivid dreams more often than usual and can also impact behaviors.

How is a nightmare disorder different from vivid dreams?

It’s crucial to realize that not all nightmares or intensely vivid dreams indicate that you’re suffering from a condition. In fact, there are preset medically authorized diagnostic criteria for this condition. When a vivid dream lasts for more than a week, it develops a nightmare disorder.  To put it another way, if you get night terrors every other day and then have a phobia of falling asleep, it is likely that you have developed this condition.

Regardless of the ailment, it’s crucial to remember that having a nightmare on a regular basis is not an everyday occurrence and necessitates medical attention. Identifying the scope of your vivid dreams is the first step in self-diagnosis. The plot of your nightmares being more tied to threats and scary components, physical changes in your body such as heart pounding or heavy perspiration, and post-dream exhaustion and distress, for example, are all warning indications of a nightmare disorder.

If the issue persists, you should seek medical attention for your underlying disease. Remember that while treatment for nightmares is not normally required, it can certainly assist you in your coping strategy, or simply voicing your fears might help you feel at rest.

Not every case requires a visit to a Doctor but if you feel the effects are giving above your brain even in daylight, then the issue is getting worse and requires proper medical involvement as soon as possible.