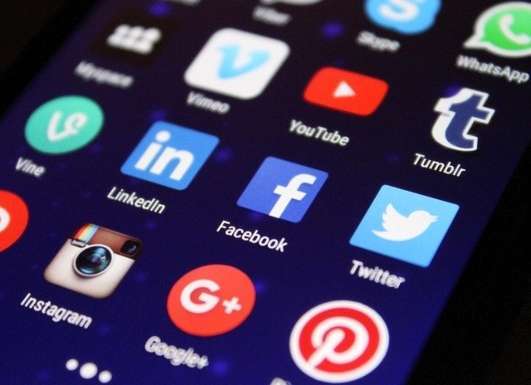 The young generation is facing issues that were not present two or three decades ago. The majority of these issues are mostly associated with Social Media, technological advancements and globalization. Some of the problems that I will discuss are not entirely new; however, electronic media has amplified them by increasing their intensity.

The prevalence of social media and digital communication has changed how teens and young adults interact with their peers and partners. Consequently, they cannot develop essential communication skills directly linked to technology’s excessive use.

According to statista, there are 3.6 Billion social media users worldwide, and Facebook is the most popular social media platform. The use of technology is getting out of hand day by day. Therefore, today, I will discuss some typical youth social problems because of excessive digital media use.

Technology has made our lives simpler and more comfortable as compared to old times. However, excessive use of technology is probably making our youth stressed and depressed. According to the research carried out by The National Institute of Mental Health, approximately 3.2 million teens in the US had at least one major depressive episode before entering adulthood. It is one of the significant challenges facing youth in the 21st century.

Many analytical reports blame the excessive use of electronic gadgets for the rise in teenage social problems. Spending a lot of time on the internet prevents you from interacting with friends and family or performing any outdoor physical activity, reducing stress levels. The young minds have developed a new condition, “Fear Of Missing Out i.e FOMO,” which further exacerbates depression and loneliness.

According to the information provided by anxiety.org, the increased use of electronic gadgets such as smartphones and tablets was linked with stress symptoms and depression. The greater the screen time, the higher the levels of anxiety.

Alcohol & drug abuse is another youth social problem resulting from depression and stress caused by excessive technology use. Alcoholism and drug abuse release “dopamine” in the body that helps regulate our emotions, motivation, and feelings of excitement, producing a “high.” Eventually, it interferes with a person’s ability to judge and make choices. It ultimately results in drug addiction.

These drug abuse effects have serious consequences, including punishable offenses, missed work, accidents, injuries, etc. All of this because of too much anxiety & stress caused by social isolation.

Alcohol abuse can have short and long-term effects on the brain and damage the brain communication pathways, affecting mood, behavior, and even cognitive function. Brain damage can also occur through alcohol-induced nutritional deficiencies and seizures.

Spending too much time on your smartphone can markedly affect your academic performance and study schedule. According to The National Center for Education Statistics, about 5% of high school students drop out each year in the US. A high school dropout is likely to earn $200,000 less over his lifetime than a high school graduate, which can significantly impact a young adult’s future.

Social media platforms such as Facebook, Instagram, and Snapchat keep these young minds so diverted that they invest most of their time scrolling through these apps rather than studying. The most crucial thing in a student’s life should be good grades, learning good habits, and gaining knowledge to become a person with strong morals and an ethical code of conduct. However, today, the optimal learning mechanism is jeopardized by students getting trapped by social networking.

Active and frequent social networking activities include sharing stories, uploading pictures, and waiting for peoples’ reactions; replying to comments is exceptionally time-consuming. It can even get depressing when teens don’t receive up-to-the-mark responses from friends and colleagues. It negatively affects their mood, behavior (causing anxiety), grades, and hampers their journey to build a better future.

Bullying is aggressive behavior that attempts to control or harm others. Cyberbullying is bullying that happens electronically via texting, email, social media platforms, etc. Almost 60% of children aged from 10-17 have reported being bullied or harassed online, but 90% of these victims will not even report these incidents.

The information provided by The National Center for Education Statistics tells us that 20% of the teens in the US became a victim of bullying in 2017, and the percentage only increased after that. One explanation the research has proposed is the rise of social media usage by the youth, which has made bullying much more public and persuasive. Cyberbullying has substituted bullying as the common type of harassment experienced by teenagers today. It is because social media enables people to bully others without any accountability.

Apart from bullying, teenagers also get affected by on-screen violence. It’s not just television, music, and movies that depict violence, but violent video games also portray gruesome scenes and disturbing acts of aggression. Over the past few years, researchers have linked watching violence with a lack of empathy and aggressive behavior. Young minds practice what they watch and witness. The more they get exposed to violence via social media, the more they think it’s okay to act it out.

Like bullying, peer pressure gets worse when social media is involved. Facebook, Instagram, Twitter, and Snapchat always go hand in hand with anything the young generation does. Friends, colleagues, and relatives continuously post selfies and pictures of their reaction-worthy hangouts, which enables teens to feel inferior and question their beauty and lifestyle. Like conventional peer pressure, social media peer pressure can lead to low self-esteem, poor body image, and depression.

As these teens go through the likes, comments, and shares of hundreds of fans and followers, it can be hard not to feel jealous and envy their living standards. They might even feel compelled to share something that would make them feel popular and pretty-even if it means doing something ethical.

Parents can positively help their teens use social media and discuss how to keep them safe from cyber bullying and indulging in harmful acts. They should also keep tabs on their kids’ online activities. Above all, parents can be strict and limit their kids’ screen time if seen overusing electronic devices.