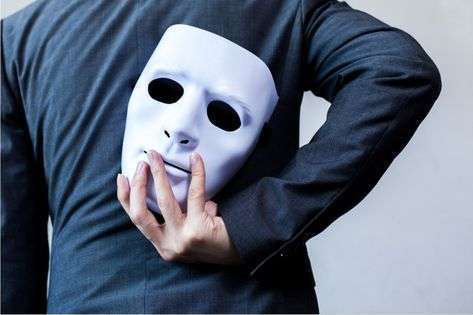 You must have encountered a narcissist at least once in your lifetime. They are characterized by weird habits of targeting their friends and families to boost their self-esteem. Narcissism cannot be distinguished solely by self-admiration. Actually, narcissists believe that they are worthy of special treatment as they consider themselves superior than others. Narcissists have two broad categories i.e. overt narcissists and covert narcissists. Here we will talk about covert narcissists who camouflage themselves very subtly so that their narcissistic behaviors are not very prominent. Therefore, it is essential to equip ourselves with enough knowledge about things covert narcissists say to deal them better. We have compiled the following phrases for you that reflect behaviors of covert narcissists. This list will aid you in identifying one and save you from becoming their victims.

“It’s All Your Fault”

It is one of the most common things covert narcissists say displays their lack of accountability and responsibility. They would often say that they are not answerable for a certain thing and that it is always the victim’s mistake. Without any consideration for other person, they would feel free to play the blame game—holding others liable for their own mistakes and actions. Covert narcissists will convince their victims that they are at fault.

It is one of the most frequent things covert narcissists say to make the victim feel delusional. It is a successfully technique that helps them to make the other person feel uncertain about their views and opinions. For this, the main tool they use is gas-lighting, also known as manipulation in simple terms. By their narcissistic words, they would make others question their sanity, leaving the victim in a state of utter confusion and bewilderment.

“Learn To Take a Joke”

Covert narcissists often pass hateful and hurtful comments to satisfy their self-esteem, and then disguise it by saying that they were just kidding. These are things covert narcissists say that are used as means of concealment, disregarding how it may cause immense pain to other people. They would cover up afterwards by stating that they were just talking humorously. So next time beware of such a person passing awful remarks.

“I Have Been Through a Lot”

“I Don’t Have Time for This”

Covert narcissists always have a habit of making excuses. They often use justification of not having time for you. If you want to go out for a dinner and they are not willing to do so, they would frame their excuse on the basis of not having adequate amount of time for the activity. Moreover, if you request for an explanation of their action, they would simply put aside your question by stating they don’t have time to explain. So if you see a chain of characteristic excuses by a person, beware, for he is a covert narcissist that will cause you undeserved mental pain.

“You Will Never Understand Me”

Being aware of things covert narcissists say will help us identifying one and hopefully parting ways with them in a feasible way. These are included in the list of many psychological strategies that narcissists can use to control others. For instance, they employ a “sympathy” gimmick to make other people respect them. However, they also employ cunning means of mistreating and harassing their scapegoats, commonly known as their victims.

One thought on “6 Things Covert Narcissists Say To Pollute Mind”