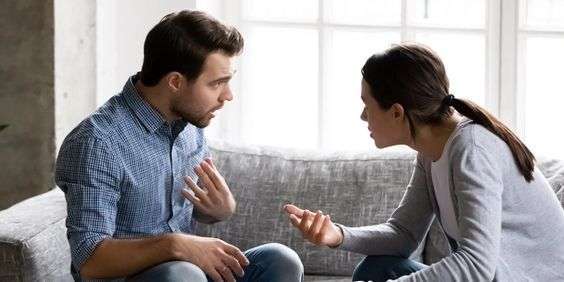 Have you ever tried to reason with a covert narcissist and wondered what in the world was going on? Does it seem as though there is a complete lack of logic, reason, and relevancy to the subject at hand? You are most certainly receiving a serving of the narcissist’s word salad when this occurs. Without a doubt, this technique is insane. On the other hand, it presents a chance to witness the craziness in all its blatant manifestation. Covert narcissists are extremely difficult to handle especially when they are in arguments . Here are some of the things covert narcissists say to win arguments.

”It’s only messages. At least I’m not cheating. This statement is one of the most popular things covert narcissists say to win arguments.

They most likely cheat, but they won’t confess it. There is no doubt that they are seeking a fresh supply line. Even if they are indulging in adultery, you get to decide what behavior you will and will not accept from others. If you wouldn’t send flirtatious messages because you consider it adultery, then you shouldn’t be with someone who does that to you. If you think a kiss is worse than sex, then you shouldn’t be with someone who engages in it.

Mocking and making fun of you

Instead of taking the other person seriously, narcissists degrade others through insults, sarcasm, or unpleasant humor. And it is one of the most irritable things covert narcissists say to win arguments.

Projecting and blaming are two egregious examples of the desperate steps adopted by the narcissist to shield oneself from reality. They are both types of denial.

When the narcissist projects their flaws onto you, this is projection. They blame you for anything that is wrong with them. When you are being attacked with their very own characteristics, you know it is happening. ‘You’re so selfish’, ‘all you do is lie and deny’, ‘there’s something wrong with you, you are mentally unstable’ etc.

“You’re crazy/you have mental health issues/you need help”. This is one of the craziest things covert narcissists say to control their victims.

Malignant narcissists treat their victims like unruly patients while playing the part of grinning doctors. It is a way for abusers to pathologize their victims and diminish their credibility to label them as having mental health issues simply for having emotions. This is made even more effective when abusers are able to elicit responses from their victims in order to convince society that their victims are the ones who have these issues. The National Domestic Violence Hotline claims that some abusers may purposefully push their victims to the brink in order to fabricate evidence of their instability. According to the Hotline, 43% of callers had encountered compulsion related to substance misuse from an abuser, and 89% of callers had encountered coercion related to mental health.

In the end , we can advise everyone calm when exchange is making you feel horrible and isn’t moving the conversation forward. You could say, “I have a meeting at 2:00, for example. In ten minutes, I must leave.

Make yourself so uninteresting that the other person will not find it amusing to try to draw a reaction out of you since they will not receive anything in return, in other words. If at all possible, maintain composure, a neutral look, and little emotional expression.