Youth Table Talk > Psychological Issues > Narcissistic Traits: How To Identify them In A Friend?

No comments to show. 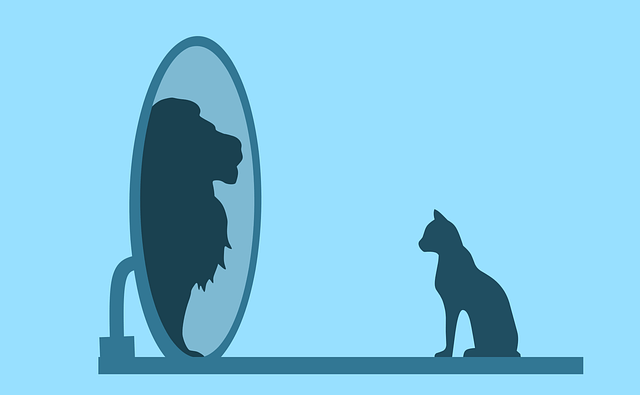 Narcissistic Traits: How To Identify them In A Friend?

Narcissism is a very sensitive topic. People didn’t know about Narcissism until a few years back. Therefore, there wasn’t even much discussion about it. However, over time, there has been a great deal of research about it. Before discussing the identification of narcissistic traits in an individual, we need to know about Narcissism. In addition to that , we need to know about narcissistic personality disorder, and what are the fundamental signs and symptoms of Narcissism.

In earlier times, people were not familiar with the term “Narcissism”, but gradually they have recognized it as an important issue that needs to be addressed.

According to WebMed, Narcissism is excessive self-engrossment to the extent that it makes the other person feel worthless. The term Narcissism originated from Greek mythology, where a young man named Narcissus fell in love with the reflection of his image in the still water. Hence, Narcissism is defined as the pursuit of gratification from egoistic admiration of an individual’s self-image and personality traits. Narcissistic people fail to understand the impact their behaviour can have on those surrounding them as they are so self-absorbed and self-centred.

Let me give you a brief definition of Narcissistic Personality Disorder and some signs and symptoms that will make it easier for you to identify Narcissism’s toxic traits in your friend. According to the fifth edition of Diagnostic and Statistical Manual of Mental Disorders, a person with NPD possesses:
Grandiosity
Attention-seeking
Lack of empathy
Superficial relationships
An excessive need to regulate self-esteem and boost ego
Disregarding the feelings of others
Positive self-concepts
Superiority complex
Sense of entitlement
Insecurity and fragile ego
Arrogant, aggressive, dominating, or contemptuous behaviour
Feelings of enviousness or jealousy towards others

How Common Is Narcissism Or NPD?

Psychiatry experts have discovered that up to 5% of people possess NPD, which is one of the top ten most common personality disorders. Narcissism causes people to think and act in ways that are toxic to themselves and those around them. The signs and symptoms of NPD mentioned-above appear in late teen years or adulthood.

Having talked about Narcissism, we now move towards discussing some common traits of narcissistic people that can help us identify who they are and limit our interaction with such people in our social circle.

A narcissistic friend will always want you to praise and admire them for satisfying their emotional needs. In return, your narcissistic friend does not bother looking after you, supporting you or motivating you. They will never pay attention to problems that can put you through a tremendous mental toll, but always expect you to be there for them. It is always one-sided; the more you invest your time and energy on such friends in your circle, the higher their expectations from you.

This narcissistic behaviour can be better understood through an example. For instance, your narcissistic friend is going through a mental breakdown due to family problems; they will expect you to be there for them and help them get out of such a crisis. However, if you get stuck in a similar situation, they will ghost you and leave you alone to sort out your issues.

A narcissistic friend will break your trust time and time again and expect you to forgive them and be normal as if nothing happened. Once trust issues arise, it gets tough for a friendship to continue; it instead becomes toxic. A narcissistic person in your social circle might pretend to be guilty of their narcissistic behaviour and fakely apologize to regain your trust and sympathy. However, when someone has hurt us, it is quite challenging for us to believe what the other person is saying or how they are acting. A narcissistic person does not understand this, and they will expect you to let go of your anger and fall trap to their fake remorse.

Believes To Be Right Every Time

Narcissism makes the other person feel worthless, and a narcissistic friend in your group never considers your perspective of viewing things as correct. They believe that whatever they think is right and act accordingly. They will not value your opinion or any advice you give them, considering it irrelevant for their situation. It is quite unlikely to win an argument against a narcissistic friend, and when they are not listening to you, you cannot force them to act how you feel more appropriate. Instead, such a friend will manipulate you into believing that your opinion was wrong and convince you to accept it. For the sake of maintaining your friendship, you probably have to give in and restrain from giving them any guidance in the future.

Narcissistic Attempts To Crush Your Confidence

An easy way to identify a narcissistic person in your social circle is to check whether a person points out your mistakes in public and makes you feel bad about them. A narcissistic friend will tell you about your flaws and shortcomings in a sarcastic manner that significantly harms your self-esteem.

You cannot complain about treatment of narcissistic person,even after being a victim of this narcissistic behaviour. Narcissistic will blame you for being sensitive and not strong enough to hear the truth. However, they will make you feel good sometimes to reduce the suffering they give you from time to time; this ensures that the friendship does not break and they get to stay in your life.

A narcissistic friend plays with your emotions. They never care about your feelings and attention. It is them who they consider should be in the limelight every time and get their wishes fulfilled . They start threatening you when you refuse to tolerate their narcissistic behaviour. For instance : They threat us expose our secrets in front of people, and they also threat to break friendship . Since , most of us fear rejection or see our secrets revealed, we comply with our narcissistic friend’s wants/wishes. Our fear drives them stronger and allows them to control our friendship according to their desire.

If you have a narcissistic friend in your social circle, they will never want themselves to be held accountable. Even, if anything goes wrong. They strongly desire to control everything . They want it to happen as they desire .However ,they never take responsibility, if their plans fail.

Narcissists never accept their faults and criticize you for not acting responsibly to handle the situation efficiently. Since, a narcissistic person considers himself/herself perfect. Moreover, they never admit their mistakes and characterize those closest to them as ones who caused the failure. This is because they know that you will not reject them or break your friendship. However, what narcissists do not understand is that their narcissistic behaviour eventually drives people away from them.

Narcissistic Feels Anxious Most Of The Time

Narcissists feel that nothing is right and something terrible is about to happen when everything is fine in reality. This is just a manifestation of their narcissistic behaviour that makes them feel anxious and constantly doubt the sincerity of the ones closest to them. As a result, a narcissistic friend will always be disappointed in you and call you unsupportive or not being there for them when they need you. They want you to feel sorry for not making them feel better, and their narcissism does not allow them to give you the space you need to process everything that is happening around you. They want you to get anxious and feel worse so you can experience similar feelings as them.

A narcissist friend will never know what their boundary is. They will cross their limits and try to control you regardless of you trying to stop them. They never understand your feelings and believe that everything should happen according to their will. This narcissistic behaviour enrages us, yet we fall victim to it.

If a narcissist wants something from us, they will even cross oceans to accomplish that; such is the level of persistence. Despite setting boundaries, a narcissist friend will always break all the barriers, invade your personal space, and make you want to gauge your eyes out.

Moreover, if you do not want to ruin your friendship with a narcissistic person, you can recommend counselling sessions that can help them overcome their issues. Also, try to talk about the things that bother you due to your friend’s narcissistic behaviour. Calmly explain to them so that your friend understands your perspective and improves their behaviour.