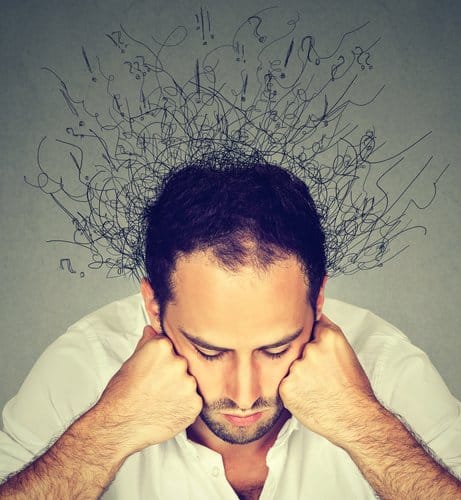 Nightmares: 5 Tips for dealing with nightmares as a parent

Does your child wake up in the middle of the night sobbing and terrified while having difficulty explaining to you what they just saw? Is your child also seeing nightmares of aliens and monsters running after them and haunting them? Then your child is experiencing nightmares. While nightmares are very common among children of all ages, the copying mechanism for children is relatively slow making overcoming the fear an extremely difficult task as a parent. Read along to find out what are nightmares and what you can do to help your child overcome their fears.

Tips for dealing with nightmares as a parent

Having night terrors or intense vivid dreams is very common amongst children aged 3 to 10. But how they deal with it is much incomprehensible for adults as a parent. This is likely due to their inability to distinguish between reality and dreams, resulting in them feeling exhausted and afraid after experiencing a nightmare.

If a child is experiencing vivid dreams to an extent that it is overpowering his or her ability to perform daily tasks or perform well in school academically, then it is vital that the parents offer them support in different ways. Of course, their thinking and comprehensive capabilities at this age are relatively insufficient, but at this time, moral support from family is the only thing that can help them distinguish it from reality.

Here are some of the ideas that can help your child overcome their fears about vivid dreams:
If your child wakes up in the middle of the night terrified after experiencing an intensely vivid dream or a horrific nightmare, the first step should always be to reassure them. You need to explicitly explain to them that it was just a dream. One way of doing that could be to make them identify the unrealistic features of that dream and then go on to reassure them that it is a fake reality. Reassurance can take other forms as well such as a cuddle or kiss might help.

Nightmares can be a very realistic experience for children. It is important to acknowledge that what they have just encountered is significant. If you try to dismiss their fears or make them feel that they are making these vivid dreams up, they might feel neglected which can result in their symptoms getting worse.

As venial as it may sound, communication is the key to understanding your child’s behavioral responses to such nightmares. If the child wants to discuss what happened, take time out, take them to a calming setting and then listen to their entire description before making an explanation. Make sure to first tone the child down if he or she is still facing difficulty revering from the dream.

Communicate that it is only a make-believe situation where dreams cannot actually physically affect the kids. But if the child does not remember the dream details, do not force or put emphasis on making them remember it as it is best to let it go.

Dreams especially vivid dreams such as nightmares can be a form of therapy or motivation as it provides a platform for people to overcome their fears. So for instance, if your child is scared of heights and continues to dream about falling, encourage them to take influence over their fears.

There can be several reasons why a child might be experiencing intense vivid dreams, and some of the reasons can be relatively unpleasant as well. A dispute with friends or witnessing a fight in school, can all be triggering for children and can induce nightmares.
Limit scary movies
One of the most common reasons for experiencing nightmares in both children and adults is scary movies. Kids can feel obligated to keep up with peers by watching scary movies to feel “cool”, but the toll it can take on their mental health can be immeasurable. For such cases, it is best to distract them by comic books or lively movies.

An important technique of revering from the phase and also encouraging your children to be vivid with their imagination can be by letting them visualize such dreams. For instance, if the child is dreaming about a monster or an alien, you can encourage them to visualize themselves as heroes and saviors of mankind. This will not only help them overcome their fears but also allow them to be explicit with their imagination by taking it to the next level.

Lastly, do remember that it is extremely crucial to realize what is inducing such dreams in your kids as every child has their own coping mechanism. So before getting them treatment, a proper diagnosis is necessary. While for some cases, you might need to seek professional help for your kids, or for some, a snack might fix the issue. So whatever the case, make sure you communicate effectively with your child beforehand.

It’s crucial to realize that not all nightmares or intensely vivid dreams indicate that you’re suffering from a condition. In fact, there are preset medically authorized diagnostic criteria for this condition. When a vivid dream lasts for more than a week, it develops a nightmare disorder. To put it another way, if you get night terrors every other day and then have a phobia of falling asleep, it is likely that you have developed this condition.

Regardless of the ailment, it’s crucial to remember that having a nightmare on a regular basis is not an everyday occurrence and necessitates medical attention. Identifying the scope of your vivid dreams is the first step in self-diagnosis. The plot of your nightmares being more tied to threats and scary components, physical changes in your body such as heart pounding or heavy perspiration, and post-dream exhaustion and distress, for example, are all warning indications of a nightmare disorder.