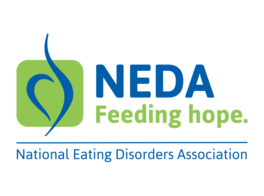 NEDA : Why It is important for eating disorders patients?

According to most of the research done, the incidence of eating disorders is quite high in the U.S. White people have been diagnosed and treated for eating disorders more than people of color.
28.8 million Americans are thought to have an eating disorder in their lifetime.

With all the hype on social media, filtered Instagram pictures, disturbing body image ideas, more and more people are falling in the line of developing an eating disorder. Depression and anxiety are also significant causative factors. According to Cassell and Gleaves, eating disorders are caused by biological, social, and psychological factors.

But do you ever wonder how this mental illness impact on a person’s life? How it is capable of taking one’s life? You might be able to find some people around you who are suffering from this physical and mental disorder. This is because eating disorders have become more prevalent over the past years. Genetics also play a role by increasing the risk to 28 to 74%. Initially, they were believed to affect white, young females but about 10-15% of the anorexic and bulimia patients are males.

The percentage of people dying due to an eating disorder has run up to 20 percent. In a world where modalities of life have become accessible, the silent killers still remain. Anorexia nervosa has the highest mortality rate of any other psychiatric disorder. All in all, eating disorders are among the most lethal mental illnesses, second to opioid overdose.

Sometimes, the disorder takes the person to such a state that they are convinced to take their own lives. According to the yearly statistics, about 26 percent of people with eating disorders commit suicide.
During the past year, the pandemic has played a major role in triggering eating disorders among teenagers. Not having a scheduled routine, not being able to socialize and meet their friends who are a source of emotional support played havoc on the mental health of many students.
While problems have impregnated our society, there are certain people and associations looking out for us. These organizations are solely working for the betterment of their communities to help them prosper. They provide a helping hand for those who are drowning.
One of these amazing organizations is NEDA -National Eating Disorder Association.

NEDA was founded in 2001 when Eating Disorders Awareness & Prevention and American Anorexia Bulimia Association merged as a single firm. It aims to increase awareness and educate people about the risks of eating disorders.

NEDA is a nonprofit organization that is looking out for people and their families going through the turmoil of eating disorders. It is devastating to watch a loved one suffer. Without professional help, it is almost impossible to heal mental illnesses, especially when it begins to affect physical health. Eating disorders are often accompanied by body dysmorphia and health issues. NEDA is carrying out funding programs for these people. It is acting as a catalyst for prevention and cure. It is working to prove that recovery is possible. With the right resources and support, anyone can heal.

How does NEDA contribute?

National Eating Disorders Association, NEDA offers a variety of services for the targeted people. They have various walks throughout the year which aim to raise awareness for anorexia, bulimia and binge-eating. The walks are purposed to raise funds which are then used for those who are in need.
It runs a media watchdog program that also raises awareness about eating disorders and encourages companies to send media messages regarding body positivity and image. It helps to establish a healthy belief system in people regarding body shape, weight, or size.
On their website, NEDA claims that “Eating disorders are serious but treatable mental and physical illnesses that can affect people of all genders, ages, races, religions, ethnicities, sexual orientations, body shapes, and weights.”

Eating disorders are misunderstood many times. A lot of people do not even consider them important. That is why they remain untreated for a long time unless the condition becomes critical. Due to the lack of awareness, people have the misconception that eating disorder is only psychological. However, this psychological issue begins to manifest itself in the physical health of the patient. Sometimes people with eating disorders end up in hospital emergencies, fighting for their lives. Other times, people silently suffer from it and hide it from their friends and family. It is quite a battle. The struggles of someone with an eating disorder are unimaginable.

For such people, NEDA has set up its network to not let these people suffer alone for long. It funds the research programs for eating disorders. Their first fund was made in 2013. Since then, NEDA has funded about 18 researches, granting over 1.75 million dollars. The Feeding Hope Fund helps in improving the lives of affected individuals. The research is carried out in the United States by lawful permanent residents. The interest of people suffering from eating disorders is put first. The entire team is solely committed to helping the individuals and leaving a positive mark in their lives. There is also an annual conference held by NEDA that brings together individuals and their loved ones. The NEDACon provides the members an opportunity to interact with experts and social workers.The Body Project is another masterly organized project run by NEDA. It is a mass intervention that provides a forum for high school and college girls.

NEDA enables these girls to confront unrealistic appearance ideals and develop healthy body image and self-esteem. It has successfully been known to reduce body dissatisfaction, negative mood, unhealthy dieting, and disordered eating in young women.A lot of people with eating disorders reach out to NEDA through their online services and helpline. It wants to ensure the protection of those who are in need of help. Many times, we overlook eating disorders. People think that the person is only an attention seeker. This plays havoc in the life of the one who is suffering. All of this is because people are not fully aware of the seriousness of eating disorders. This is when NEDA comes into play.

The various services and projects run by NEDA have been able to help thousands of people each year. And it intends to continue doing so in the coming years. Maybe with the right kind of education about eating disorders, NEDA will also be able to eliminate some of the factors causing it. Through better advertisement and promoting a healthy body image, NEDA can prevent the disorder on a mass basis.