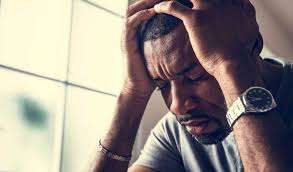 If you have ever wondered if someone can admire a mental illness without actually having it? Yes, this is true as such people do exist.  Wannarexia or wannarexic people  are the ones who claim they have the anorexia nervosa eating disorder when in reality it is not true as they fail to meet the criteria. In fact, having wannarexia does not mean you have an eating disorder at all.

There is also another terminology used for such individuals, anorexic wannabe or wanna-be Ana. So basically, eating disorders are just a way to cope with distress and anxiety as these people tend to use their weight as a measure of self-worth and accomplishment, driving pleasure from losing their weight and feeling a sense of self-accomplishment.

How Wannarexia can harm your body

Keeping in mind, this is a socially made-up phenomenon, the effects this mentality can have on an individual physically and emotionally, can be logically termed as adverse. By pretending to adopt a lifestyle that does not correlate with your internal values, it can drain you mentally. Often people having this eating disorder feel frustrated about their stage and underlying conditions.

Understanding the difference between Anorexia and Wannarexia

To understand the distinguishing factors between the actual eating disorder and the people pretending to have one, we need to fully understand how anorexia is different. Anorexia nervosa can have a variety of unique diagnoses ranging from abrupt weight loss without a solid reason, refusal to stay at your healthy weight, distortion in the way one looks, etc. the physical barrier is the main underlying distinguishing factor between the real and wanna be anorexics.

For actually having this eating order, one has to be severely underweight. Furthermore, while anorexia is a mental disorder, anorexia is a socially made-up phenomenon popular among teenage girls. This condition cannot be developed by just surfing through the pro-Ana sites and using slogans of Mary Kate.

Actual reasons for developing anorexia at any stage can include a variety of reasons. Some reasons are childhood trauma, sexual abuse, and low self-esteem. While the wannarexics tend to follow the pro-Ana community that reinforces this concept in your brain and encourages them to develop such eating disorders that they would not have had originally.

Pro Ana community is a group created by girls with a mild eating disorder. These sites give these girls an opportunity to create an identity and are anorexics at the back with whatever lifestyle they choose. In a way, these girls are free to be anorexics here on this platform. By not only allowing these girls to create a fake identity, but they also help them to maintain it.

Pro Ana sites expose young girls to the content that influences them to starve themselves to maintain an unrealistic body standard by idolizing models such as Mary Kate. The expansion in the use of such platforms online has given rise to an increase in eating disorders in young women. At this point, it is extremely crucial to remove such content from the internet and help these young women by exposing them to better opportunities of reviving their lost self esteem.